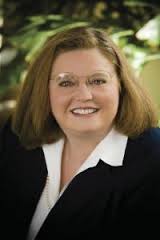 One of the most important litigation cases Judge Diane Ritchie worked on as an attorney was Flores v. Morgan Hill Unified School District, a case on behalf of students harassed on the baiss of sexual orientation.  She represented Alana Flores, Freddie Fuentesand four other students in the Morgan Hill school district in the, along with the ACLU of Northern California, and the National Center for Lesbian Rights.

Flores v. Morgan Hill Unified School District was a case where the plaintiffs sued the Morgan Hill district because they were being harassed and discriminated against by other students because of their sexual orientation. School district administrators ignored physical attacks on LGBT students and failed to punish those who were harassing them.

*** The plaintiffs were successful. The case established new law, holding that school administrators are liable for failing to protect students from sexual orientation harassment by other students, when they know or should have known of the harassment.  The 9th Circuit Court of Appeals unanimously ruled that schools must take action to protect students who are subject to LGBT harassment.

After the ruling, the case settled. The school was required to implement a comprehensive training program to prevent harassment on the basis of sexual orientation, submit to monitoring, and pay the students more than a million dollars in damages.

What Did Judge Diane Ritchie Do After the Flores Case?

After the Flores case, Judge Diane Ritchie would go on to work on a number of other  landmark cases, including an overtime pay case on behalf of employees of Taco Bell Corp. and a similar case on behalf of employees of Wendy’s.  In 2008, she became a Superior Court judge for Santa Clara County in California. Judge Diane Ritchie was well-respected in her role, and she was known for her ability to be impartial and work with both parties to reach a settlement before the case went to trial.

Today, Judge Diane Ritchie is a retired judge. She uses her significant experience as a litigator in high-profile cases, like Flores v. Morgan Hill Unified School District, and as a judge on the Superior Court in her new role as a mediator. Judge Diane Ritchie is a well-qualified and experienced mediator with the empathy, experience, and creativity to help parties in mediation reach an agreement that benefits both sides.